According to actor Patrick O’Kane, people should see Brilliance because:

“It’s a very good story, very well told. It’s compact. It’s a feel-good film, without being saccharine sweet. What do I mean by that? There are six characters in the movie who are on collision courses with themselves and each other… but in spite of themselves they come to a resolution which is both happy, and deeply satisfying. The story has that right balance of wit and seriousness, with just the most subtle sprinkling of sweetness. Brilliance in one word? Sparkling.” 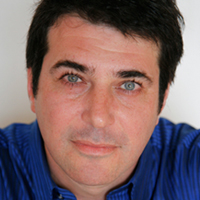 MILES ROSTON DIRECTOR
Miles is both screenwriter and director on two original feature scripts in development with producer Thierry Potok (The Bourne Supremacy, The Constant Gardener). His thriller Three Seconds, with Jar Pictures, is set in Bangladesh and the UK, and his drama The Confrontation, with Rizoma Films, is set in the United Nations of the ‘70s and ‘80s, inspired by the true story of Human Rights Director Theo van Boven.
In 2013 Miles completed both his dramatic feature Game, starring Roy Marsden and Susan Visser, produced by Kees Kasander (Peter Greenaway’s films), and Refugees, Who Needs Them?, a theatrical documentary for Keyfilms/Keydocs, distributed by Spier Films.Other documentaries of his include 14 Million Dreams and Make It Real (To Me) for Screen Australia/Australian Broadcasting Corporation/Sundance Channel, both filmed in Kenya, Thailand, Australia, Europe and the US, and Cine Gold Eagle winner God in Government for PBS. Miles is also the author of two non-fiction books. Taking Away the Distance features a foreword by Nobel Laureate Desmond Tutu. 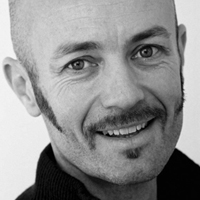 MATTHEW CURLEWIS SCREENWRITER / PRODUCER
A graduate of both the Writer and Script Editor programmes at the Binger Filmlab, Matthew’s feature screenplay Breath of Life was shortlisted for a Sundance Sloan Foundation grant and his commissioned short script Kakkerlak – A Nuclear Opera for Ka Ching Cartoons, was funded by the Dutch Film Fund. Matthew’s additional writing credits include European and global campaigns for Emirates, Ralph Lauren, VW, Gucci, Puma, Sony Entertainment, The North Face and Heineken, and journalism for Time Out, Amsterdam Weekly and Code.
He is the founder and director of Amsterdam Writers, a workshop series that has welcomed international writers for the last seven years, and his script tutoring work has taken him to Russia, Azerbaijan, and film festivals in Holland. Before founding Amsterdam-based Curlewis Creative, he cut his teeth in marketing and producing in New York, for companies including Fox Lorber Film and Video, EMI Music Publishing, and Comedy Central. And through working at art fairs as the marketing director of Statement Jewels, Matthew has gained an insider’s view into the world of European fine art and high-end jewellery. 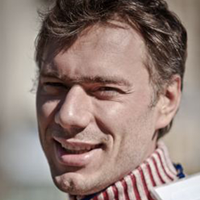 KRZYSZTOF SOŁEK PRODUCER
From beginning as a stills photographer, Krzysztof eventually co-founded Film Polsksa, which has become the leading Polish company operating in film production services for foreign productions. Clients include many international film production houses as well as broadcasters like BBC, National Geographic, The History Channel, Channel 9 Australia, The Sci-Fi Channel and History Canada. As well as being the originator of film cooperations between Poland and India, Kris and Film Polska are now producing original content and acting as co-producers on a number of projects.
Prior to film, Kris had a professional dance career that saw him work with some of the best international choreographers on the biggest stages in the world, with the leading dance groups and theaters. For 15 years prior to 2004 he lived outside Poland (Switzerland, Belgium, France, Israel, UK, USA) gathering diverse experiences in the arts. Krzysztof is a graduate of the Polish National Ballet School and the National Holistic Insitute (USA), where he trained as a dancer and therapist. 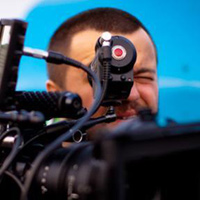 MICHAŁ SOSNA CINEMATOGRAPHER
A cinematography and photography graduate of the Film School of Krzysztof Kieslowski, Michał has participated in group and solo photo exhibitions. He has also been the DOP across a range of TV documentary series, short films and features including the upcoming Indian feature Bangistan (Karan Anshuman) and Saleem 3 (Daria Woszek) for the United Arab Emirates.